Still in another visit for competition purposed organised by Foodenak Indonesia. This time we are visit the Ming Cha Bubble Tea around Puri Indah, West Jakarta. From across the street, it is quite hard to foind this place since the shop signage kinda invisible. So be slow and look carefully while pass trhough the way to here. 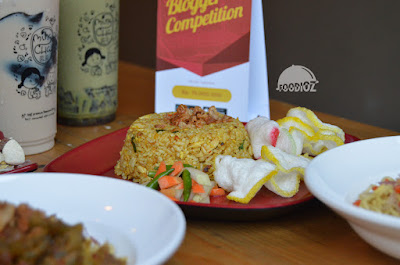 This place is built in cafe concept just like the other basic cafe with wooden pattern on wall and floor also bunch of tables and chairs. There also available another space on second floor, but in this time i don;t go up there to see around. 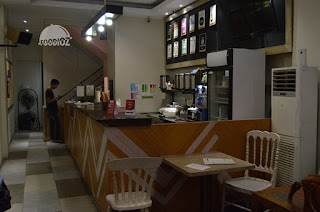 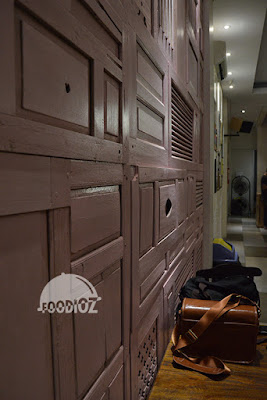 Actually this restaurant by name you can tell they are selling the bubble tea, but in fact, they also offering various of dish or meal people could enjoy like a roated bread, noodles. But indeed, the main star here is the bubble tea. My favorite drink here should be the Chocolate Hazelnut Cream Cheese. such a milky flavor and sweet creamy which is really good i think. 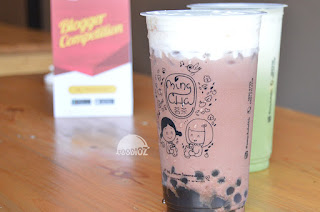 I also try the other drinks as well, but unfortunately, i think it is not quite delightful. Just like the Matcha Latte which is too plain, i couldn;t taste much the green tea also for the Matcha Coffee too ha a same problem. 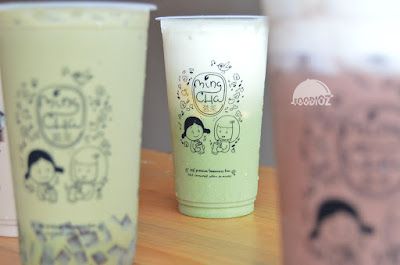 Then for the Original Milk Tea, i may say it is fine. But not milky enough if compare it with the hazelnut. Don't worry about the drinks, They are serve Green Tea Delight. Cold Taiwanese dessert with various of ingredients like a jellies and a beautiful Green Tea Ice Cream on top. 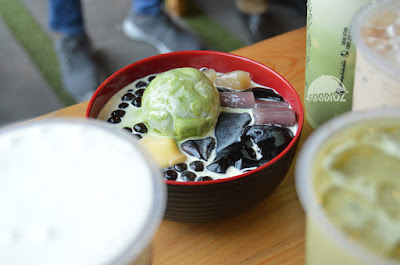 Sure this is really good, especially when you're thirsty, and this one has a nice sweetness and balanced. After done various of cold drinks and dessert, we talking about the main dish now. They have Indomie Goreng Cabe-Cabean. The fried noodles with chili cut. I am sure this tempting alot. 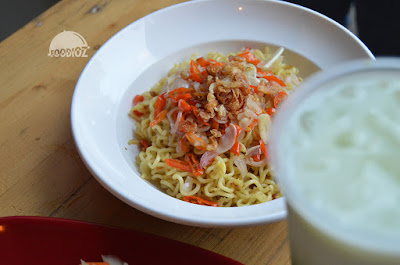 I found out it is really good, super tasty and perfect with the spicy of chili. But don't worry, it is not spicy until uneatable, it has balanced spiciness i think. It just made me wants to eat more and more. Another friedn noodles here is Mie Goreng Kikil. Another fried noodle with some part of beef as the topping. I don't eat the beef since it is not part of meat. SO i just taste the noodles which is salty but not taste as previous one. 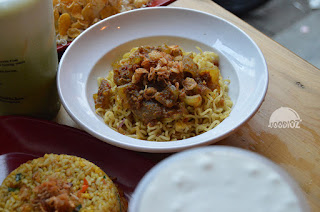 Other than noodles, tey are serve the fried rice too. One of favorite food in Indonesia. They have Nasi Goreng Pinggiran, From it looks, just like the casual fried rice. Only the different is using special kind of seasoning where you could see it has yellow color rice. 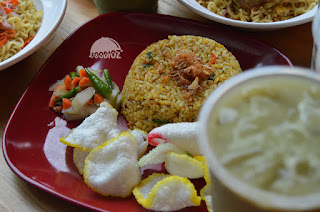 It has quate tasty seasoning, but the rice kind of too dry i think. Of course this one couldn't beat the fried noodle, but if you'd like to have a rice than a noodle, you might pick this one. After bunch of heavy food, we also served by the Ropang Nutella Coco Crunch. The Roasted bread filled with nutella jam and topped by whole coco crunch. 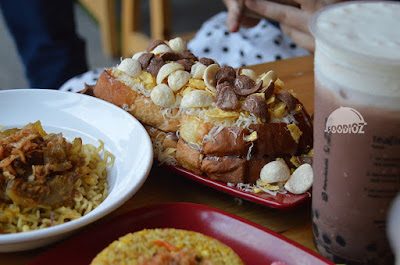 I guess most of you should be know with nuttella flavor, so basically it just looks like the casual toast bread that has been trending arround town. If you're not into heavy food or want to have a lighter meal, this could an option and you may share it with some mates. Don't forget, they also have the Pisang rock and Roll with Sweet Cheese and Corn Flakes. from it name, you can tell how fancy and crowded this one. 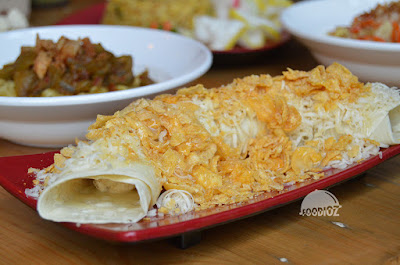 It has good banana, sweet, only the outside crepes skin kinda too thick. But overall quite good along with the corn flakes and cheese. Overall, foods here are totally good with casual cafe concept. Other than bubble tea, they do served a great food.

Also, i think they do offer much affordable price and of course my favorite here should be Fried Noodles with Chili cut which is really best.