Porto is one of restaurant brand in Altima Group. One of company who have been running in restauranteur business unit that has been growing up in town. Their restaurants have been spreading accross the Jakarta and just recently they opened another branch in Central Park about couple of months.

From outside, through the glass window, we may see a beautiful ambiance inside of the restaurant. With western modern concept, dark color couch, grey plain floor and there's an art painting on wall make this restaurant looks elegant. 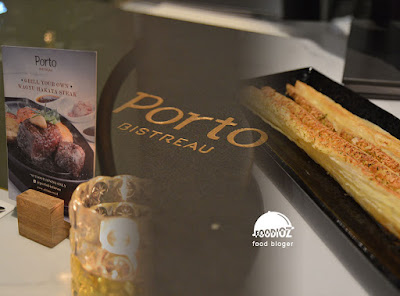 Food they offered with French cuisine style but they also serve various of fusion dish as well. Even though Porto has been existed in Serpong are for quite time, in fact, this was my first time visit to this restaurant. 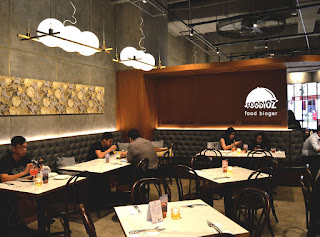 Considerably i was arrived at here after dinner time and actually i had some food before, so i decided to just have bunch of light meal that night. One of it was Potato Dutch Cheddar. The creamy potato soup with Australian melted cheddar cheese cooked together, then it served in bowl made of baked potato. 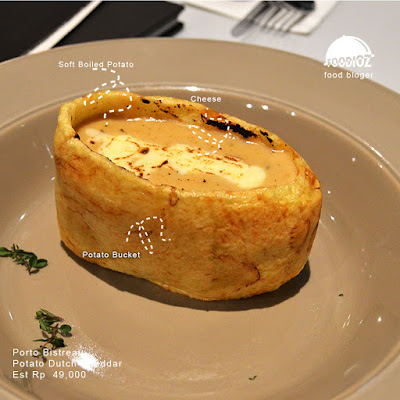 Beautiful pressentation sure looks interesting. Good aroma gave a nice scent that strong and creamy. It has really smooth texture and taste of cheese is really good.

Then i also ordered Champignon Le Bourges. I noticed, French food normally has quite difficult name to pronounced. Champignon is one of mushroom kind and in Indonesia we used to called it Jamur Kancing. Mixed with croutons then poured with beef stew sauce and mozzarella cheese. 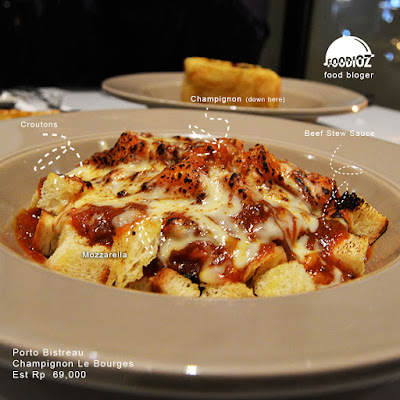 It taste similar with bolognaise, with thick texture, strong and salty. Only, i had no idea, croutons sure alot more than the mushroom. Almost every spoon i had, i could have comparison mushroom and croutons about 1:3. With alot of croutons bread, sure this food would filled up your stomach quickly. 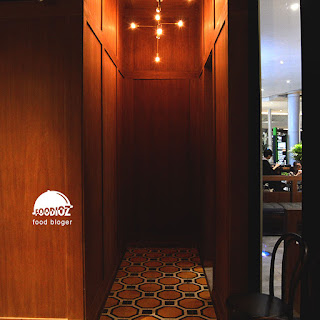 They do offered a quite high price standard. But considered a restaurant concept, i am sure they do have a certain higher market target customer. I can tell food was good, then comfortable ambiance sure would give you a nice dining experience. Only if service could be more informative that would be better where waitress was looks confused when asked about dishes.