August 16, 2016
A hundreds of Chinese restaurant are easy to be found in this town i think. Almost each corner part of district have chinese food restaurant. One of spot i'd like mention this time is Ming dining. As known, this place has been separated two side where one is dining restaurant and another is hang out cafe. But then, they are decided to combine two place together in one, since it also next to each other.

So when you get into this restaurant, you would find out two kind of concept and theme only separated by half wall on the between. Nothing much to describe about chinese food, i guess most of know what kind of food is they are offering. Just similar to other Chinese food restaurant, they are served various of Asian Chinese food.

For first starter i ordered tempting Braised Scallop with Homemade Bean Curd. It is absolutely luxury portion food which is tiny dish on huge long plate. But it is served beautifully though. Golden bean cured poured in brown sauce with seducing scallop aside. 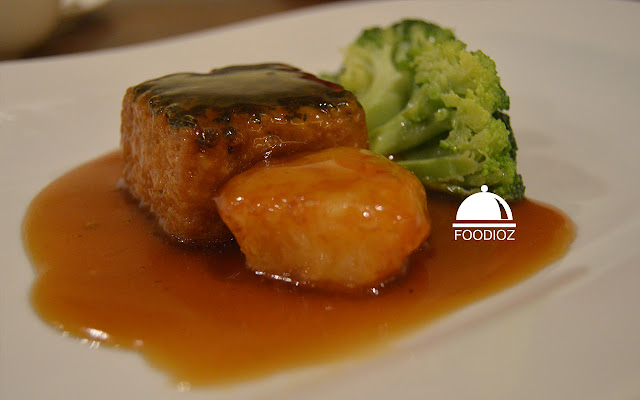 It is taste wonderful! bean curd cooked well done, great texture and sauce is super tasty. Only scallop kind of overcooked which is shame though, when it is supposed to be main character here. But overall i still could enjoyed it with really tasty sauce.

Move along to main course, i am having a Brown Rice with Seafood. It is served on the hot stone, i guess it is how to way to push up more taste of it. Also even for quite some time, rice still warm though. 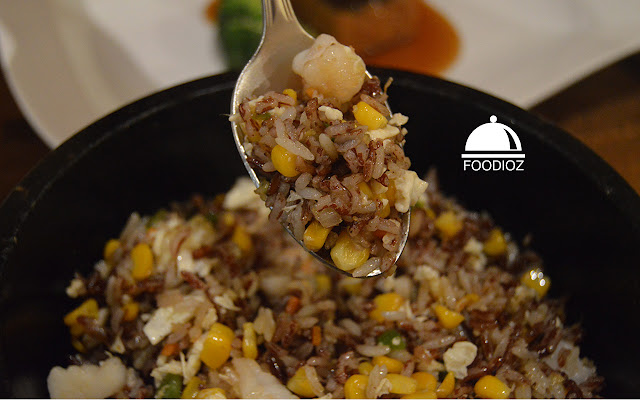 For me, this one under seasoning though. Or probably it is how to way it cooked. Most of the taste i could fell only rice with the corn. Even the seafood doesn't give an other strong sense in it. Next dish is Braised Sanbei Chickenwith Garlic & Ginger. It is a bowl with golden brown chicken cooked in thick sauce. It seems good actually. 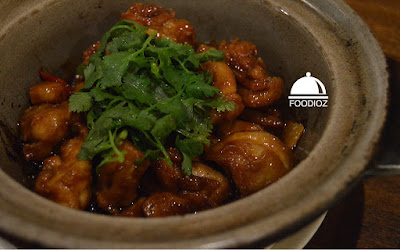 It does smells good, chicken cooked well done and it has really tasty sauce covered this up. A sweet tasty is blended well done in my mouth, seasoning even sucked into the chicken, turns out great sense. 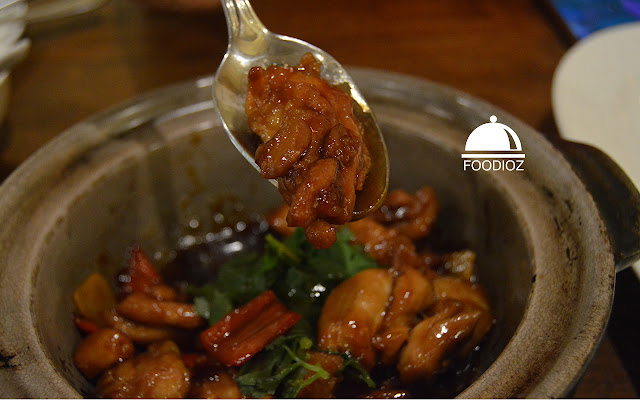 I absolutely recommended for this one. Last main course i have is a veggies, Braised Seasonal Vegetables with Crab Meat Sauce. Absolutely green veggies topped with tiny of crab part. For note, you won't feel it. Other than it is tiny squeezed of crab also veggies is kind of bitter. Even it is poured by thick egg sauce, but bitter taste even stronger. For me, it is fine. I love veggies, tight fiber with bitter taste is quite good.

For price, this one is not saving budget though. For two person it could be about Rp 200,000-300,000 once dining. For me, i think there's another place with better food for those price. I don't said they have bad food, but actually there's many local chinese restaurant with great food also happy price which is common food to be found around town actually.

Let's say about the service and place, i did not see any fascinating service though. But to break out your curiousness or food passion, i think you might want to try. For me, i would have another choice to go i guess.