May 19, 2015
Finally after short weekend as usual, it's Monday again. We all know it's unexcited day for all :'-). Today i'd like to describe a Bazaar trend happening in this town. Last weekend i went to event called BazaarAddict at Grand Indonesia Shopping Mall, this is not the first event bazaar that been held in here, it's been several bazaar before. In Bazaar Addict, we may see many youth opening their own store selling any kind of fashion, accessories, girls and boys stuff, hobby, and of course foods. Nowadays unique foods become trend for most all people in this town.

Many new generation having their modern style create new foods, flavor and taste. Other than that, many foods nowadays served with cute and modern package with much more colors, pattern and unique. As food hunter, i've been travelling around city to see and taste new foods i found. From my experience, i can't say all new foods are good, good looks doesn't mean great, guess we all know that as we love foods.


In this bazaar, as usual people are selling more female then male attire, so for me, i did't see much of fashion at there. Just pass through quick around and shortly seen, some men shirts, shoes, take a look shortly and i just tend get to the foods section. on first booth i visit was LARC Ice Cream, before i saw this somewhere on social media. Got common ice flavor e.g. Vanilla, Matcha (Green tea), and i am not what was another one. And it got various kind of topping start from honey, chocolate, ovomaltine and others. i was pick Vanilla mixed with green tea flavor. What Special in LARC ice cream is they got Honey nest for the topping. Exactly Honey nest. 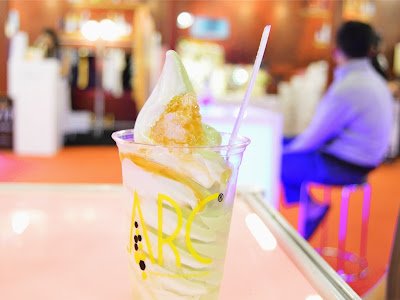 Overall, the ice cream is good. Soft texture, not too sweet, and what best is the honey nest is sweet matched with the ice cream. It cost around Rp 40-45,000. once order we may have few kind of topping, one flavor or mixed ice cream. As i know there's got some ice cream using honey nest as well in Jakarta, but LARC is first brand that i tried. 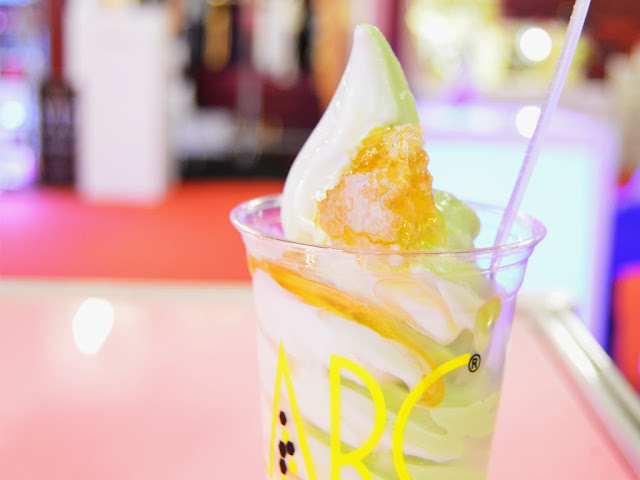 After Ice cream, some of my friends baught a Cushychurros. It's a Churros, guess everyone know this one. 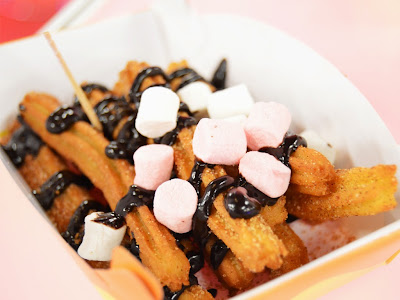 It looks smaller like french fries, we may choose variant topping e.g. almond, marshmallow and others and poured by chocolate sauce. Price around Rp 25,000, suitable for having meal. 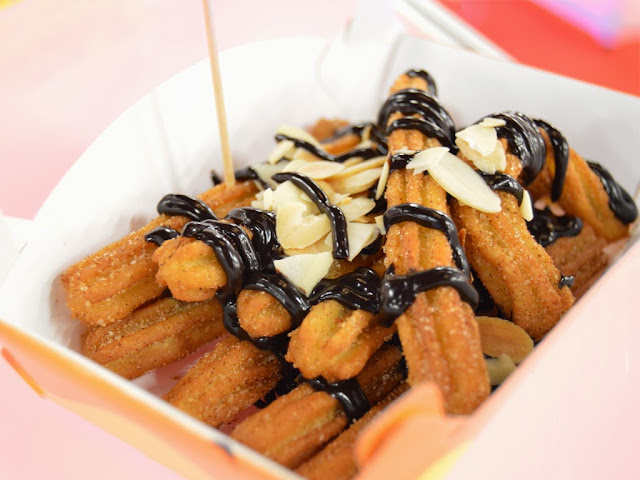 Next food i had is called Bloodog. It's black hotdog, huge sausage with black bread. It's been happening lately, black noodles, black burger and now black hotdog. from taste, basically not different with common hotdog, it's just has black colour for the bread which is looks unusual. Even not many restaurant available for this hotdog. 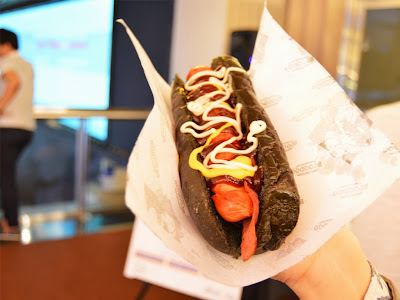 Proceed to the next dish, Pempek Shinta. It's typical Palembang Fish cake served with black vinegar sauce. They got 3 types of empek-empek. What i had was Empek-empek All stars, which i got various fish cake in it. Fish cake is good, but not in enough portion i think for Rp 30,000. And please noted, the sauce is quiet spicy and even some of my friends said it's too spicy. 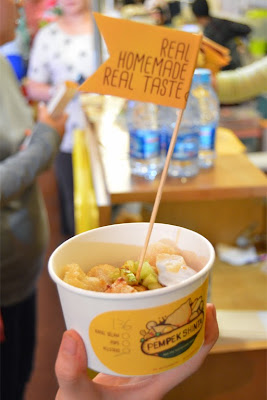 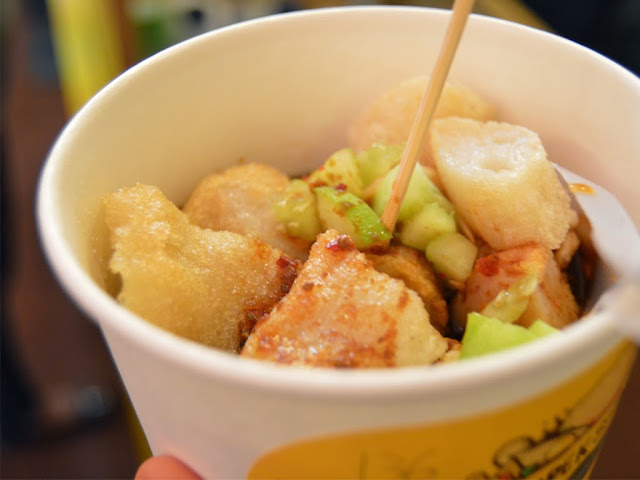 Last dish i had was Klappertaart, this dessert sounds like come from western culinary. But in fact, Klappertaart is originally from Manado. Served beautifully with raisins on the top, texture is lovely, absolutely coconut taste strong. 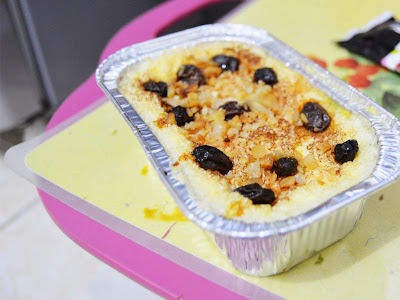 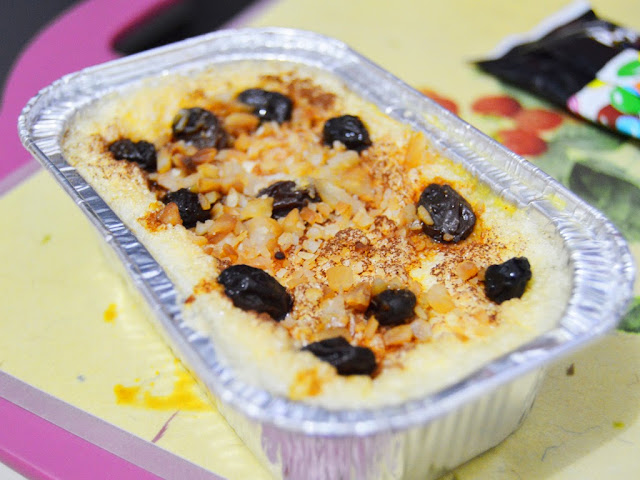