But nowadays, it could be in a tiny plate or bowl. Apparently in here Nasi Kucing Juara is serving it in tiny plastic bowl. But they do make it really lovely and colorful. We may choose few kind of menu with various of dish. 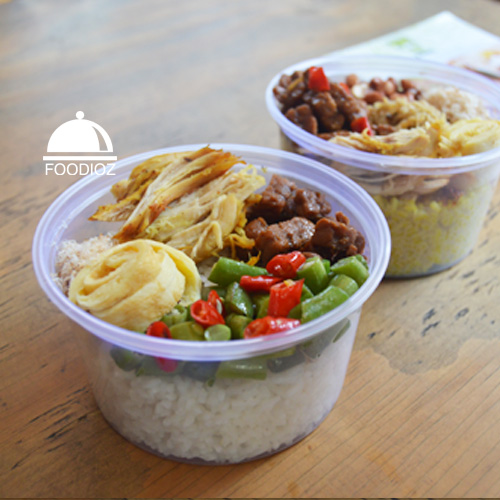 which is rice topped with stewed tempe, shredded egg, vegetables and shredded chicken. It is beautiful, i could have many taste in this tiny bowl, sweet tempe, fresh vegetables and tasty chicken. Postion of this Nasi Kucing is more than usually. Normaly it is just bunch of rice about 2 or 3 table spoon. 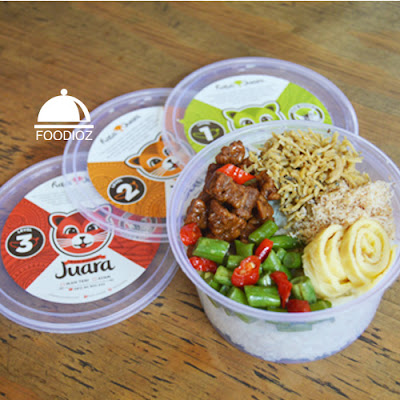 which is overall is same, but just this one is using fish. It is salty fish, i am really like it. Give it more tasty. Last dish is Nasi Kucing Makmur, which is mean Prosperity Cat Rice. It is using yellow rice with complete dish consisted of shredded coconut, stewed tempe, chicken, fish and peanuts. This is the best among the others. I love this one has tastier than the other two. 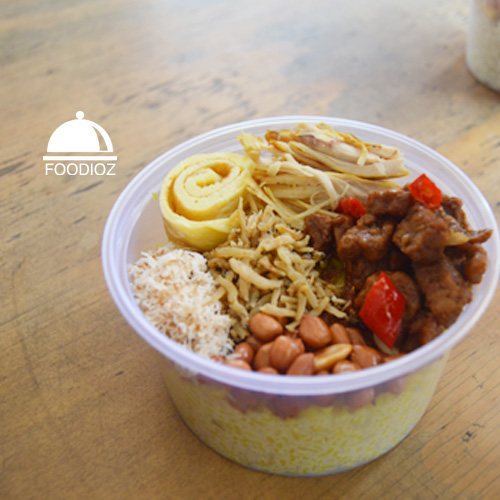 Don't forget to use the chili which is available in 3 level, from low to high level of spiciness.